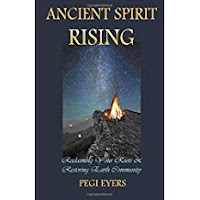 Circle Network Review: Ancient Spirit Rising - Reclaiming Your Roots and Restoring Earth Community by Pegi Eyers, published by Stone Circle Press. Website: http://www.stonecirclepress.com/
Anglo Settlers/colonizers/the dominant culture oppressed native peoples of the Americas (Ireland also comes to mind), and  indigenous spirituality, language, ceremonies, fashions, rituals, songs, handicrafts and traditions that were handed down through the generations were outlawed.  Now, when First Nation (Native Americans) try to research and recover their valuable heritage, they find it has been badly imitated, stolen and distorted by white colonizers, without asking permission for what is Indigenous intellectual property, owned by Indigenous people and given to them by their Ancestors.  To currently take the wisdom of these ancient and sophisticated indigenous tribes for personal gain, only repeats past colonial abuses. Cultural appropriation takes from Indigenous tribes who were cruelly treated for generations and this is a violation, as well as ignorant and destructive. First Nations are saying "find your own ancestral traditions" - don't adopt ours!

Ancient Spirit Rising describes the spirituality of Turtle Island, and how the values of Indigenous societies can be a role model for all people, without appropriation or identity theft. Living in harmony; humility and respect for the planet, each other and other species; and creating a sustainable future, is imperative and possible for today's world.


Pegi Eyers is a cultural visionary who challenges world views and tells us a paradigm shift is required to recover ancestral wisdom and tradition to honour our ancestors, live in wisdom and health, and to save other species and our planet's health.
Review: Wendy Stokes 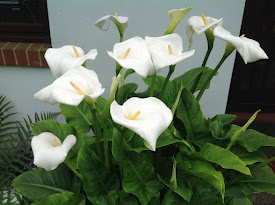